NEWSFLASH: JASON MRAZ is live in Bangkok again August 24 Sonic Bang concert, with Pet Shop Boys and Smashing Pumpkins. A weirdly dysfunctional line-up but should be one hell of a show.

Last time I blogged about the ear-ringing Jason Mraz concert in Bangkok, Amazing Thailand. Good thing I missed the Lady Gaga show a few weeks earlier ... I can only imagine the teen-scream decibellage. After all, I've heard -- or rather endured -- the shrieks of ecstasy for ponsy waif-like life-support-systems-for-fancy-hairdos that are often considered local music stars here.

Point is, there's always lots of stuff going on in Bangkok music-wise. Live concerts, shows, bands, tours, etc, of all genres from rock, to heavy metal, to jazz, to, um, a talk on how Steve Jobs would handle the Asean Economic Community in 2015. Jing jing!

Just check out Thai Ticket Major if you don't believe me ...

Then backup on August 1 for Megadeth live in Bangkok at BITEC Bangna. Geez, are those guys still alive? A quick look at their bio pics reveals them showing more than a passing resemblance to Ozzie Osbourne now, and that's after the heavy Photoshopping on their PR pics!

Then from 10 September to 14 October is Bangkok's 14th International Festival of Dance and Music.
This is a star-studded line-up of people who prance and frolic and glide and sashay and pound on drums and bash away on guitars and perform triple-backflips through flaming hoops while yodelling Somewhere Over the Rainbow in obscure Kyrgyzstani dialects. Ok, you caught me out there ... it's actually Kazakhstani.

Just some of the acts are the Gipsy Kings, Tango Legends, Swan Lake, and so it goes on.

So that's just a little sampler of what's coming up in terms of live music concerts in Bangkok in the next little while. You'll barely have a night at home to yourself ...

But that's ok, you didn't come to Thailand to get any sleep anyway.

Question: who would you love to see perform live in Bangkok? Or what was the best show you ever saw in concert in Thailand? Leave me a note here. 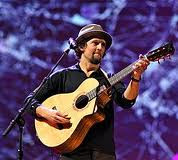 A great gig. Oops, I should probably rephrase that ... You see, gig in Thai language refers to, well, a side project, someone in musical circles might call it. A dalliance with someone not your regular wife, husband or partner.

Anyway, this blog will not even attempt to deal with or understand the teeming hornets nest that is Thai sexual politics. No deviations on bar girls nor ladyboys this time. So back to the story...

As I blogged last time, Lady Gaga was playing here just a little while ago, and took time out to see ( and rave about) the Calypso Cabaret show. Last night's show was a little milder: Jason Mraz.

Let's start with the venue. Impact is a bloody long way out of town, nowhere near any public transport. However, even in the driving rain we did manage to get a taxi to get us there in just 45 minutes for less than 400 baht (how far would a $13 cab fare get you in your country?).

Thais love a good party, and the convivial atmosphere was tangible an hour enforce the show. And everywhere, the beautiful people on parade. Spray-on tight jeans here, jaunty hat there. Crazy teetering heels everywhere. And that was just the boys, jing jing!

Pizza and fried chicken stalls did bustling business, and the Singha beer queue was literally a walk- up start ... No queue. Soon we were quaffing a very very large plastic cup of icy cold beer. I reckon it was at least a pint, which would ensure I would be carrying my partner home, she being somewhat a lightweight in the drinking stakes.

Impact is a barn of a place, which looks like most other stadiums you've ever seen which seat between 10-12,000 punters. The seats around the edge rise dramatically into the nose-bleed sections.

Personally, I like concerts which have a support band, some local guys prepared to trade off a few well-aimed tomatoes for wider exposure. It gives them a break, and warms up your ears for the main act. But it doesn't seem to be the norm here.

So as a result, my ears went from 0 to 100 in a heartbeat when the house lights dimmed and the full house screamed like it was The Beatles invading America in 1964. Having missed that tour, I have never heard anything like it.

"WE LOVE YOU JASON!!!" All night. In 5-part harmony. And then all the other Thais would get excited that someone was so excited, and reacted to that with their own laughs and screams.

Finally the MrazMan said: "I love you too," and you would've thought the girls had just won a million dollar lottery, a Mercedes Benz SL500 sports car, and experienced multiple orgasms all in one go. Over the top. Blew the lid clean off the stadium.

But all good fun. Anyone who thought Thais were a reserved lot would promptly change their mind heard the singalong to his big songs, such as I'm Yours, which served as a rousing finale.

Only his clearly-annunciated thank yous and goodbyes in Thai -- along with humble and corteous wai gestures to each corner of the room -- drew a bigger response. Gee, I'd love it if every Thai lady I ever waid gave me such a screamingly rapturous reception.

Then off into the night shuffled the crowd. We were lucky enough to bump into friends, otherwise I suspect we may still be standing there waiting for a taxi ride home. But other than the transport logistics, I really recommend you take in a Bangkok concert to capture the true emotions of Thais at play.

Now if I can just get the ringing reverberations of "We love you Jason" out of my ears ...


Where to see live music concerts Bangkok: try these websites

Question: what's your favorite Jason Mraz song? Alternatively, which of his songs do you hope you never ever hear again in your life?